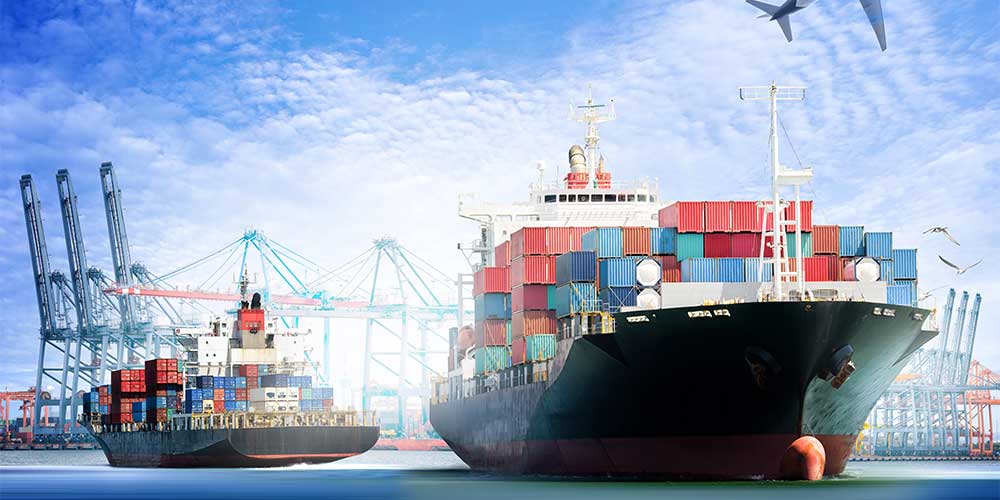 Taking delivery of goods from supplier’s factory and putting it by customer’s door, quicker, better controlled and more economically, transport is just one of the various services you can receive from an international freight forwarder and logistics provider like Bamdadan Bar Group.The Group’s core business activities are in the fields of Land-freight, Sea-freight, Air-freight, Rail-freight, Project Cargo, Multimodal Transport, and customs clearance.

Having a deep knowledge of the local market, and being close to many suppliers of various products, as the trading arm of the group- is able to procure, export and deliver Iranian famous products, to any potential customer worldwide;goods such as Minerals and Stones, Nuts and Dried Fruits, Handicrafts, etc. Same capabilities apply to the purchase, import, introduction, and distribution of almost any type of foreign Raw Material, Consumer Product,etc., in the Iranian market. 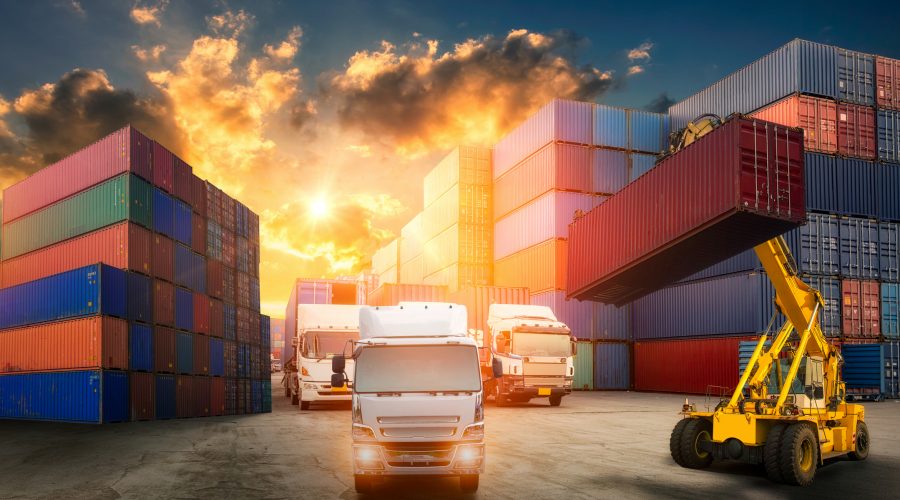 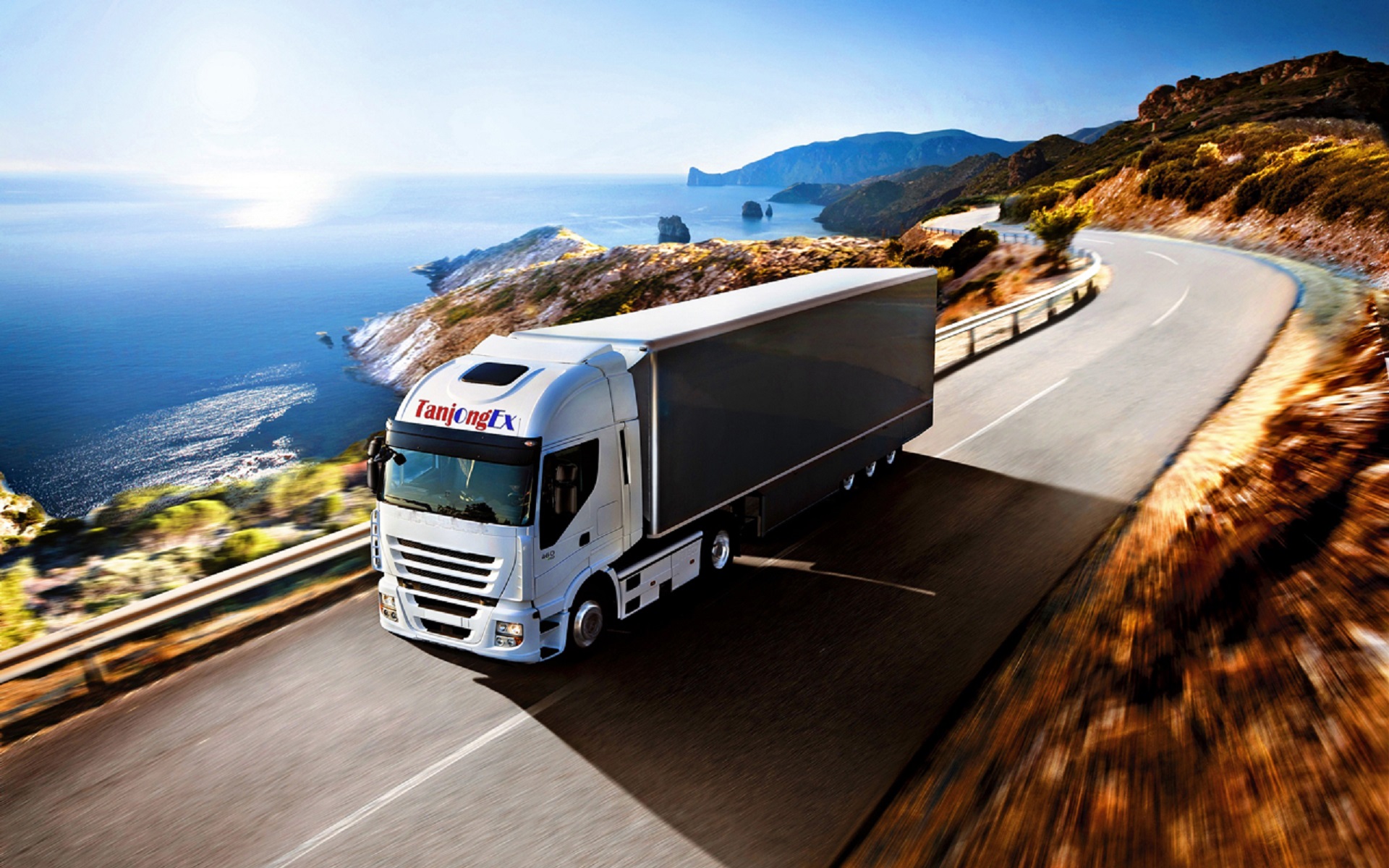 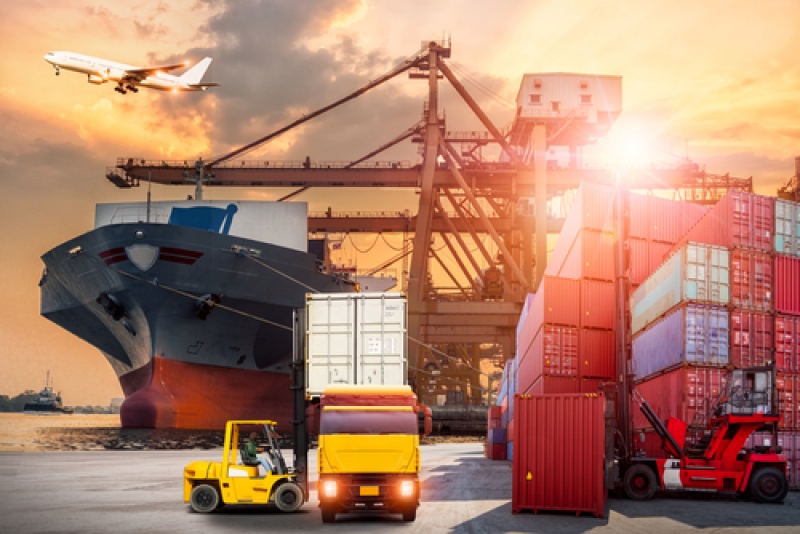 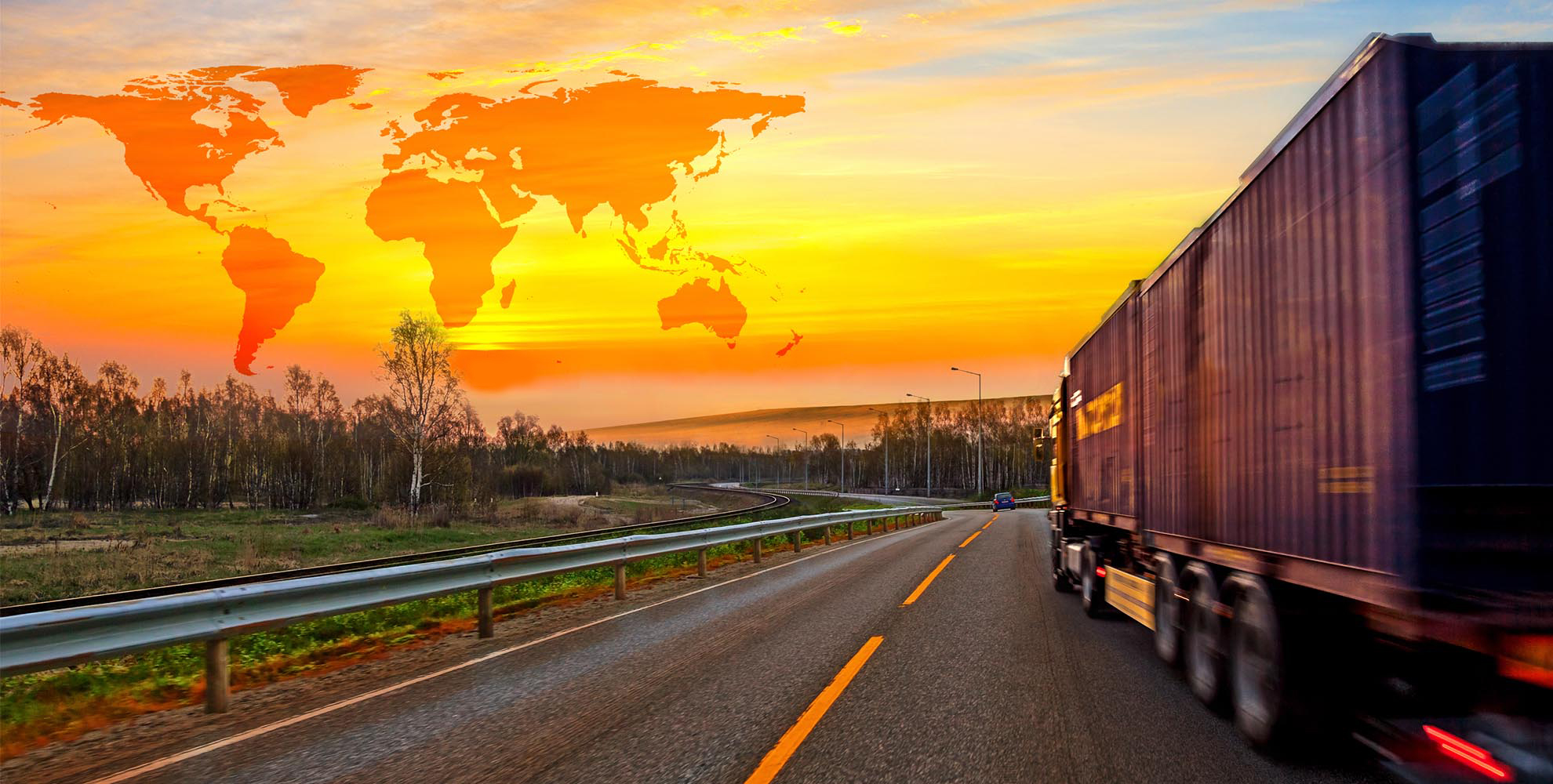 In harmony with customers’ Import-Export demands in Iran, Bamdadan Bar offers dedicated and individual delivery services by full tilt and refrigerated trucks from Europe, Turkey, Commonwealth of Independant States (C.I.S.), Afghanistan, to any place in Iran and visa-versa. 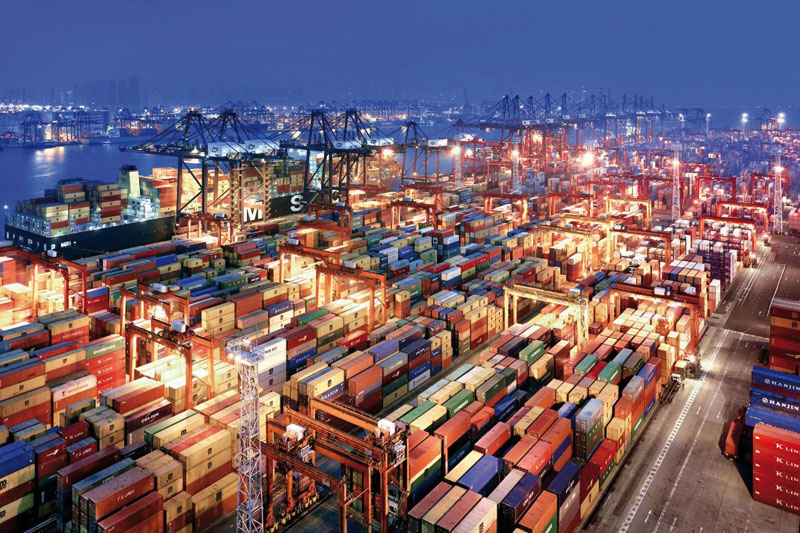 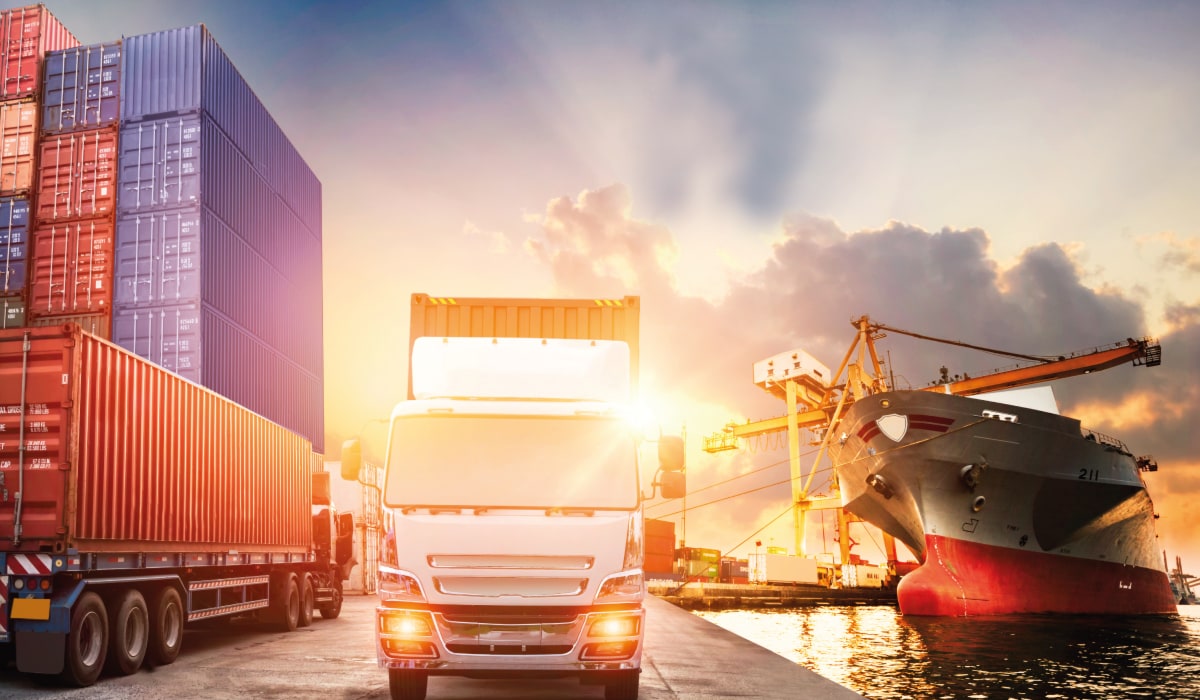 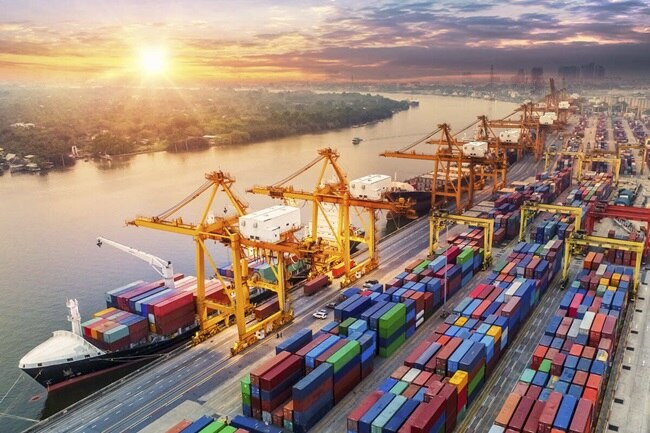 Various kinds of goods are being transited regularly via Iranian southern seaports of Bandar Abbas, Khorramshahr, B.I.K., or other country borders in North, East, and West. Transit merchandise passing through Iranian territory, are mostly coming from origins in Europe, Far East, Africa, and Indian Sub-continent, to domestic destinations in Iran or foreign  destinations in C.I.S., Afghanistan,Iraq, and visa-versa. Bamdadan Bar Group handles any type of authorized transit cargo from A to Z, including sea-freight, transit customs formalities, inspection, insurance, documentation, re-directing and in-land haulage to various aforementioned delivery points.

Sea-freight is an integral part of global trade. Through close relationships with leading carriers, Bamdadan Bar is able to guarantee freight capacities, fixed-schedule services, competitive rates, and extra privileges.The group can strongly handle your in-bound and out-bound sea-freight cargo from almost all worldwide origins to the Iranian main ports.

Full load containers are for your exclusive door-to-door use in each journey. Container services are now available between most main ports around the world and Bamdadan Bar can make all the needed arrangements for you on a door to door basis, backed up by a strong freight negotiation (long term rate validities, extended detention-free times,…).For full details of sizes, go to General Info page of this website.

LCL provides cost-reducing sea-freight solutions through the consolidation of various consignment, belonged to different customers, into one container. Bamdadan Bar is a global LCL sea-freight provider.

Loose cargo, such as cartons, cases, palletized boxes, drums, stowed directly in the ship’s hold -as opposed to containerized or bulk cargo- are called Break Bulk and can be shipped in/out of main Iranian Northern and Southern ports by the Group.

Through management experience in the field of tug+Barge chartering and handling, Bamdadan Bar is fully capable of rendering shuttle or ad hook movments throughout the Persian Gulf ports. 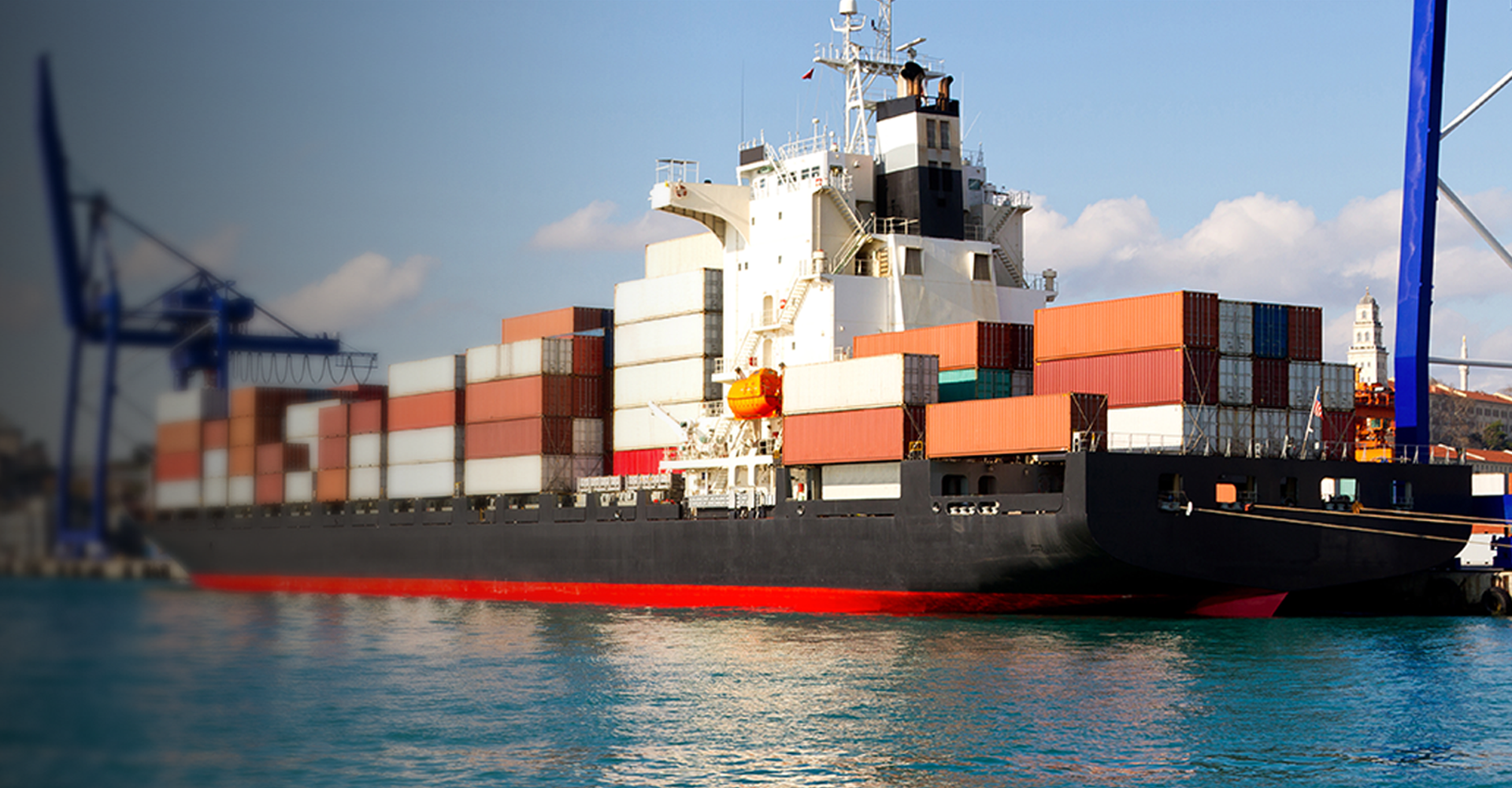 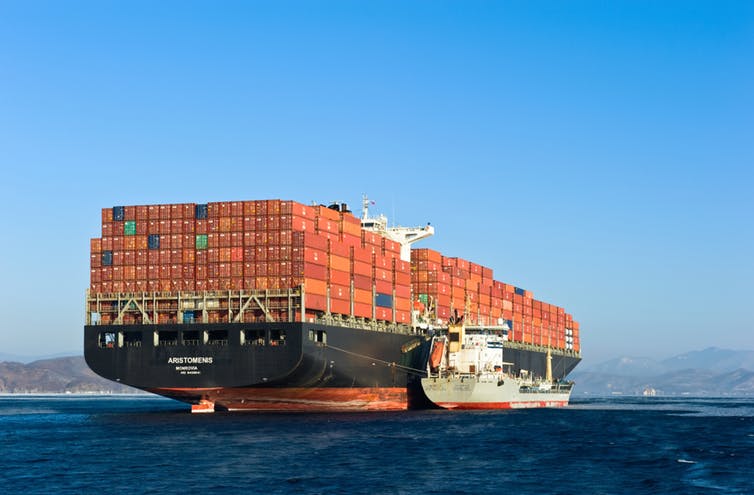 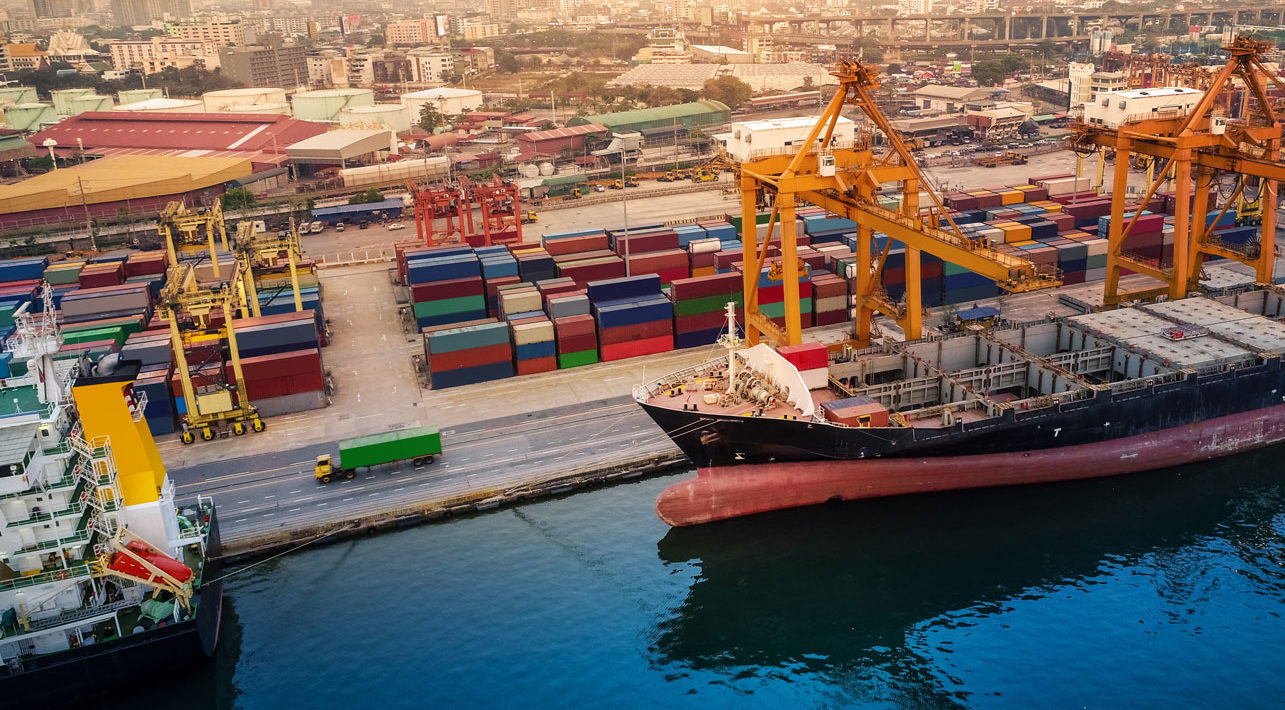 You need your small or mid-sized samples or products to be picked up from your premises, cleared through customs and sent by plane to any destination worldwide? Bamdadan Bar air-freight team will take care of all above needs for you.

When It comes to sending small or mid-sized export commodities, Bamdadan Bar has access to several fixed daily flight schedules from Iran to more than 80 destinations worldwide. You can also receive your ordered samples or import parcels from various origins round the globe, though Bamdadan Bar door-to-door airfreight service.

Iran shares borders with Turkmenistan, Azerbaijan, and Armenia in the north, with Afghanistan and Pakistan in the east and with Turkey and Iraq in the west. Currently, Iranian Railway is connected to ports of Abbas, Imam Khomeini, Khorramshahr in the south, Amirabad and Turkman ports in the north, Sarakhs border in the northeast, Jolfa and Razi Borders in the north and northwest and to Zahedan border routing to Pakistan. Mashad – Sarakhs railway connects Asia to the Europe and construction of Amirabad (a northern port ) railway can be mentioned as a significant development. Iran has been also started the construction of Kerman – Zahedan railway which is due to link Asian trans-railway to the Middle – East and Europe through Mirjaveh – Quetta route.

Railways connect Iran to other countries via borders, listed below:

Container carrying terminals equipped with lifting and displacing equipments, located at Bandar Imam and Bandar Abbas terminals and railway stations at Mehr Abad, Jolfa, Sahlan customs, and etc.Scheduled freight trains run at Bandar Abbas – Sarakhs route, passing through 2440 km, within three days . At present , 3 trains run at the route on weekly basis. This is going to be increased up to 7 trains in the near future.

Railways connect Iran to other countries via borders, listed below:

Razi border: To the Middle-East and the European railways via Turkish railway

Jolfa border: To the rail network of the C.I.S. and Russia via Azerbaijan i railway

Bamdadan Bar Group is a reliable partner in handling your import/export and transit goods on the Iranian railways by utilizing various types of wagons, depending on the nature of your cargo. 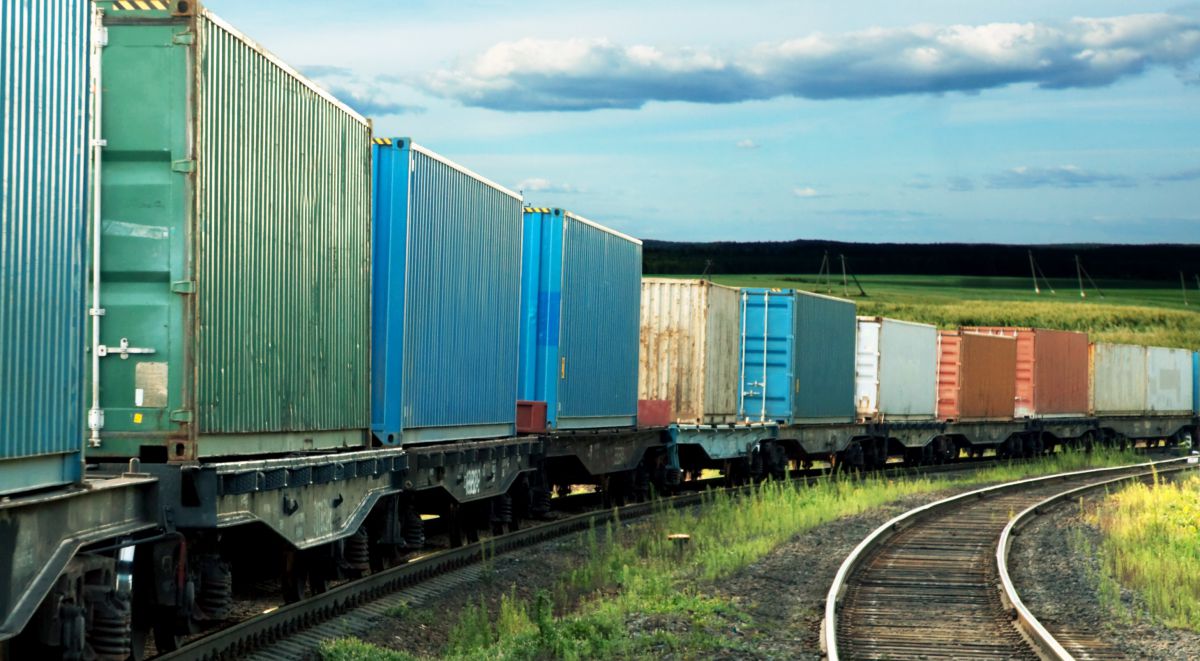 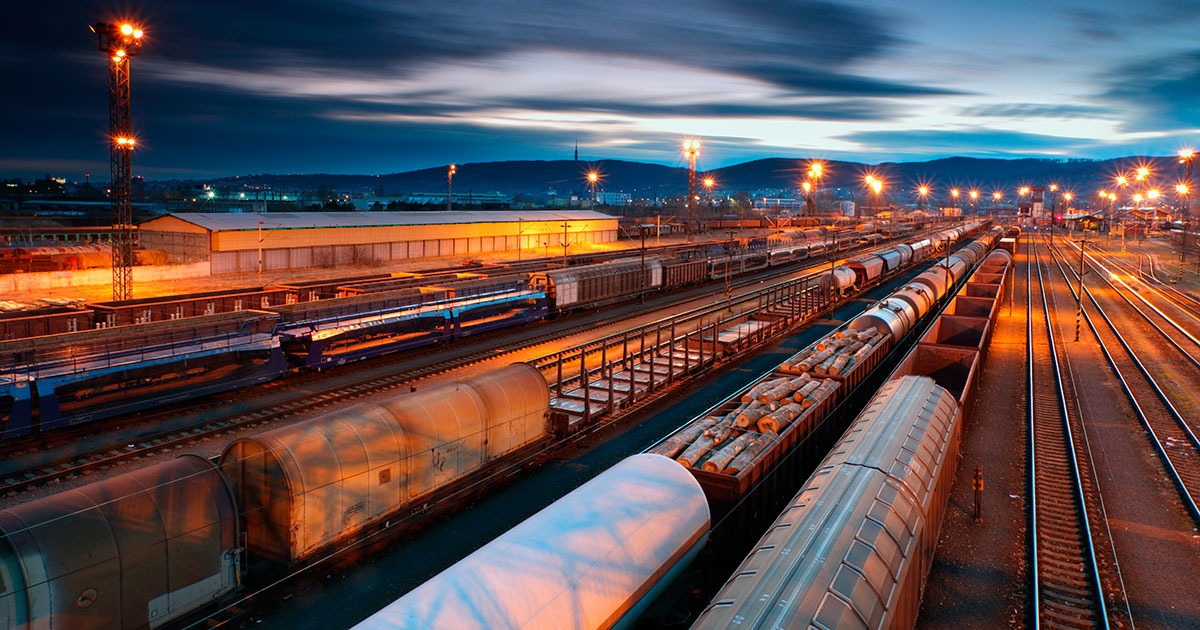 Project cargo refers to freight that is voluminous, either by weight, size, or quantity, or consists of complex components that should be disassembled, shipped, and then re-assembled.Bamdadan Bar provides specialized expertise such as logistics solutions, accurate timing, deep geographical knowledge, and global connections to handle project cargo movements from origin to destination. Site survey and feasibility studies (routes, weather condition, political climate)are only some samples of the extensive range of our resposibility.

A package weighing more than ‘normal’ which generally requires additional special equipment (crane) and/or technical lifting methods, is referred to as Heavy-Lift cargo. Handling such packages is just another specialty of Bamd Bar.

Over-size (Out Of Gauge)Transport: OOG

When the dimensions of a package or part is out of ordinarily accepted range to be carried by a standard means of transport (standard container, truck, cargo aircraft), you need to use specially designed equipment and means of transport. Bamdadan Bar has access to all types of such equipment, such as Flat-Rack and Open-Top Containers, Multi-purpose vessels, Low-bed and Gooseneck-type trailers with various lengths and numbers of axial. Etc 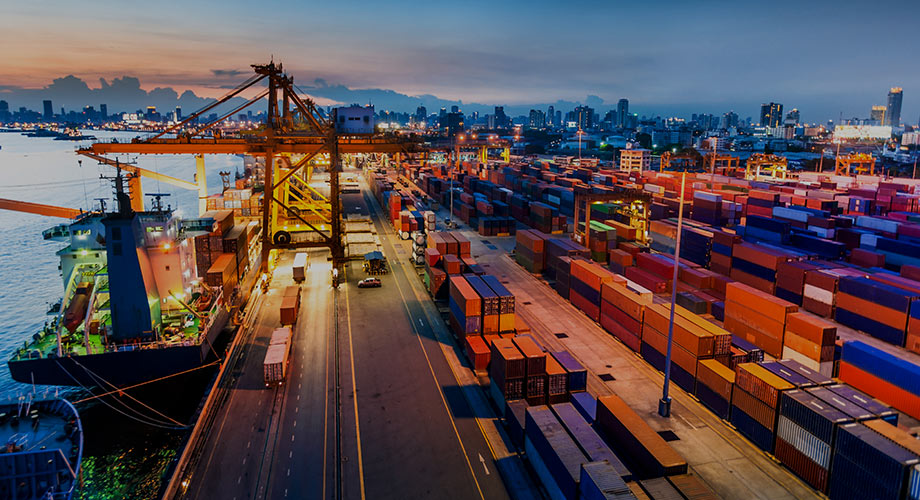 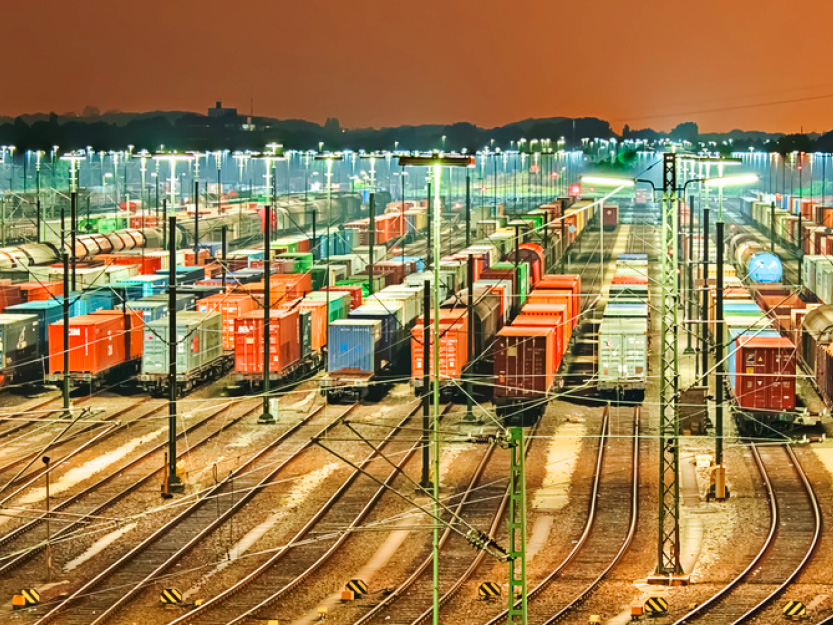 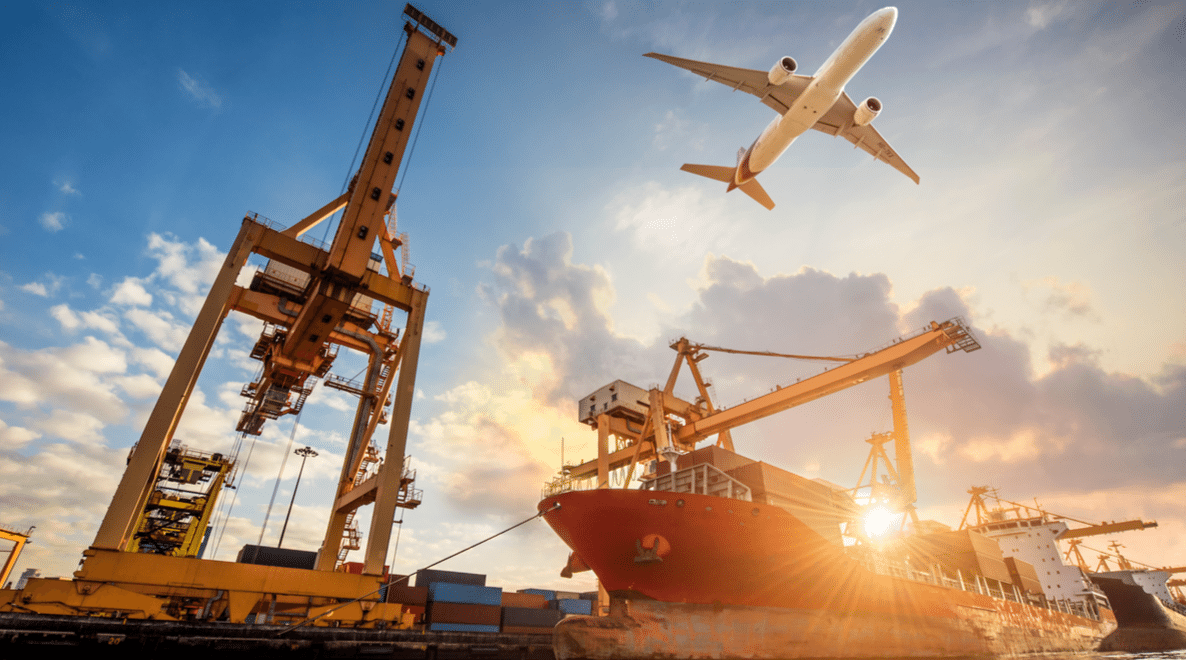 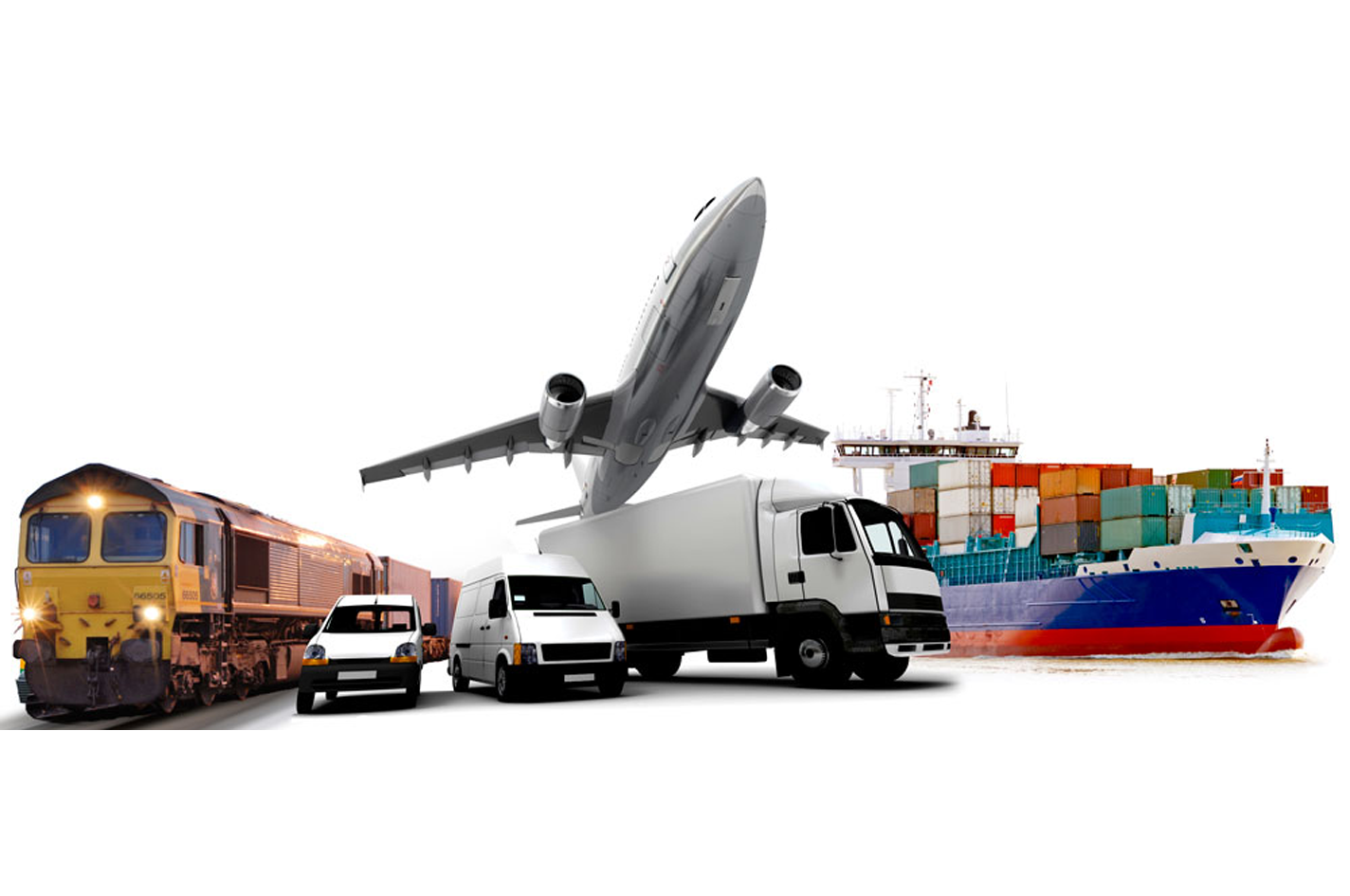 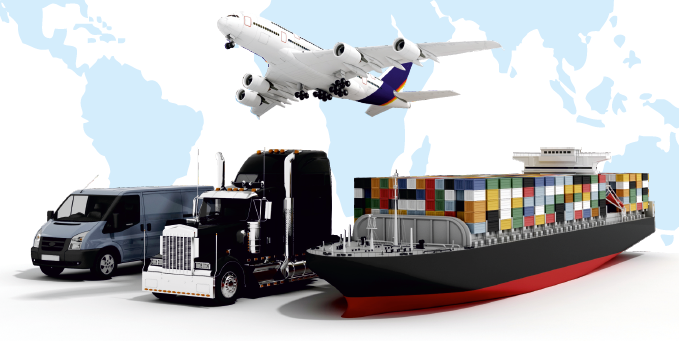 Over the past decades, many of customers have been asking for various extra services at the top of usually offered transportation packages, to complete their chain of commercial activities. Some of the most required ones included OBTAINING IMPORT LICENSE, OPENING THEIR LETTER OF CREDIT, INSURANCE and SURVEY ARRANGEMENTS, CUSTOMS CLEARANCE, etc
Those needs led Bamdadan Bar International Transport Co. to accompany its normal routine services with the above-mentioned requirements and offer a complete package to the clients who did not want to look for several different partners, in order to fulfil their trading needs. This way, there was only one service provider, dealing with all sorts of customers’ needs. Moreover, according to Iranian regulations, customs clearance and related services have been a compulsory part of handling transit cargo for Bamdadan Bar, since day one. 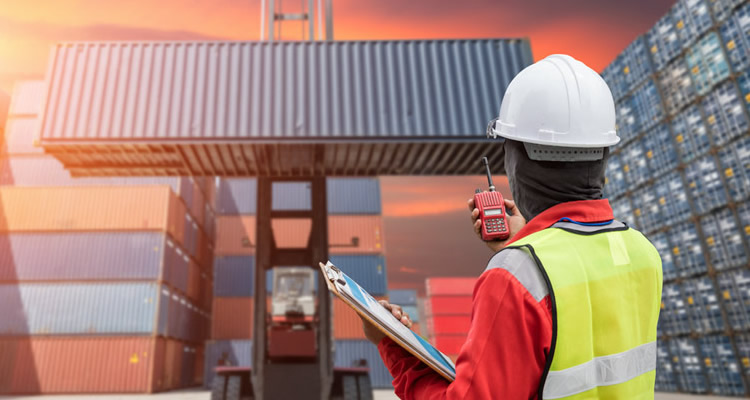 Please review all pages of this website in order to get more familiar with various services and solutions the group has to offer.You may also feel free to contact us by any means, at any time, to get more details or simply aFree-of-chargeadvisory service.

Being in the business for 15 years and having an experienced managementand staff team with valuable background over the past 20 years, the group is proud to be your reliable partner and be of any help in achieving your trade objectives.

Bamdadan Bar P.J.S.C. was founded right after the beginning of a new era in the central Asia region. The collapse of former Soviet Union had created an opportunity for Iran to serve as a golden gate to the Commonwealth of Independent States (C.I.S.), which had been formed in December 1991. Therefore, the company was one of the pioneers of handling transit cargo from all over the world to C.I.S., via Bandar Abbas port

Acquisition of Bamdadan Bar by the new owner

After a decade of growth and success, the company’s stock and management was acquired by its young, energetic and ambitious Bandar Abbas Branch Manager who had been doing the main job of transit documentation, operations, trucking, etc., at the entrance gate to Iran and C.I.S.